SOFTWARE AND CONTROL ARCHITECTURES FOR ROBOTICS

Full Day Woskshop on
Software and Control
​Architectures for Robotics

Nowadays, effective robotic solutions targeting new application domains outside the classical industrial manufacturing processes, need to adapt to the unstructured and partially unknown environments where these systems are required to work. The above leads to an increase of complexity of the new generation of robotic platforms at the hardware, control and behavior layers. For such systems, the design and the implementation of a software and control architecture capable of dealing with the increased complexity of these platforms while permitting to implement a wide range of desired advanced capabilities combined with autonomy and adaptability, is crucial for enabling the effective usage of these robots in real-world scenarios.
From a software point of view, a robotic platform can be seen as a heterogeneous distributed system whose architecture needs to consider a set of design goals which are essential to execute complex tasks in the above described emerging applications, such as construction, factories of the future, robots in care, space and logistics.
​These requirements can be shared among the different software layers (e.g. interoperability, flexibility, small footprint etc.) of the robots or specific to the single component: for example the Hardware Abstraction Layer (HAL) should provide Real-Time (RT) performances with minimum jitter at relatively high control frequency, while higher level software and control components, e.g. perception or planning modules, need to be deployed on multi-core parallel machines or on
cloud-based solutions in a transparent way for the user, assuring high computational power.
Understanding these challenges and finding a way to standardize the robot software and control architecture at the different layers, can be highly beneficial for the robotics research and industrial communities, since one of the main limitation of the employment of such systems outside the lab or the traditional industry cells, is the lack of a common software infrastructure that can ease the control of the robots, reuse the different components and eventually avoid tailor-made software. 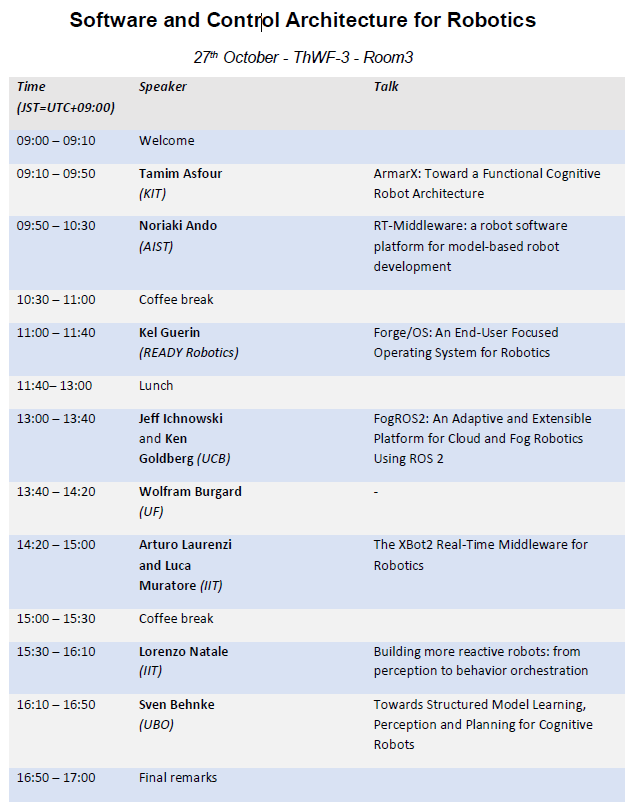 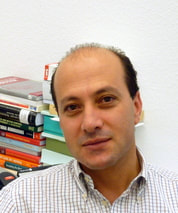 Bio
Tamim Asfour is full Professor of Humanoid Robotics at the Institute for Anthropomatics and Robotics at the Karlsruhe Institute of Technology (KIT), Germany. His research focuses on the engineering of high performance 24/7 humanoid robotics. In particular, he studies the mechano-informatics of humanoids as the synergetic integration of informatics, artificial intelligence, and mechatronics into complete humanoid robot systems, which are able perform versatile tasks real world. Tamim is the developer of the ARMAR humanoid robot family. He has been a visiting professor at Georgia Tech, at the Tokyo University of Agriculture and Technology, and at the National University of Singapore. He is Editor-in-Chief and Editor of the Robotics and Automation Letters (RA-L), the Founding Editor-in-Chief of the IEEE-RAS Humanoids Conference Editorial Board, the president of the Executive Board of the German Robotics Society (DGR), and the scientific spokesperson of the KIT Center “Information · Systems · Technologies” (KCIST),
www.humanoids.kit.edu 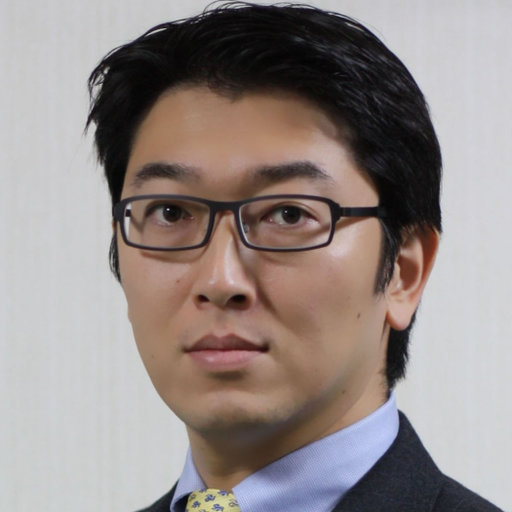 Talk:
RT-Middleware: OpenRTM-aist is robot middleware that has been released as an open source software since 2005, and its interface specifications were standardized in 2008 by OMG (Object Management Group). We originally started research and development of RT-Middleware for efficient SI (system integration), component-based development, and software reuse. The system is constructed by connecting many basic units of software modules called RT-Components (RTC). RTC's component model is designed for use in the implementation phase of model-based development using UML and SysML. OpenRTM provides interoperability among OSs and programming languages. It enables the reusability of legacy systems and devices and their control software. The RTC interface specifications are defined as PIM (Platform Independent Model) and PSM (Platform Specific Model) based on MDA (Model Driven Architecture), and are platform independent. The communication model is available not only on CORBA communication but also on other data communication, such as DDS (ROS2), ROS, MQTT, etc., and is designed to be expandable. In this talk, the design concept and its standard specification of RT-Middleware are explained, and the conditions and functions that robot middleware should satisfy will be discussed.

Bio:
Noriaki Ando, Ph.D., is a deputy director of the Industrial CPS Research Center, National Institute of Advanced Industrial Science and Technology (AIST). He received his BS degree from Kyoto University in 1997, and received his ME and Ph.D. degrees from the University of Tokyo, in 1999 and 2002, respectively. From 2003, he was a Research Scientist at Intelligent Systems Research Institute in AIST. From 2010 to 2011, he was a visiting researcher at the Technical University of Munich. He has been engaged in research on robot software architecture, robot middleware, and he proposed a standard specification of the robotic technology component (RTC) and developed OpenRTM-aist based on the standard. 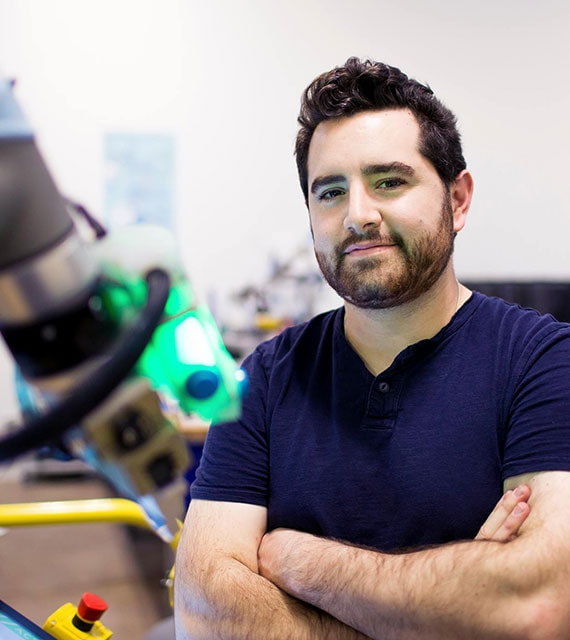 Talk:
Forge/OS: An End-User Focused Operating System for Robotics
There are several platforms today that support the creation and control of robotic systems and peripherals, from open source research platforms to boutique, industry-focused programming systems. However, almost all of these systems are focused on robotics “developers” - researchers on the academic or R&D side, and System Integrators on the industrial side - rather than being geared towards end users. These end users, who often interact with the robotic system on a daily basis and who are responsible for its programming and continued function, also typically have the most knowledge about the task that the robot now performs. This lack of focus on the end user means they rarely benefit from the latest technology, and therefore primarily use comparably archaic programming interfaces for robots with which they may have little to no experience. This leads to a high barrier for workers “on the floor” to use automation, and friction when a company wants to more quickly deploy automation. Forge/OS was designed as a common operating system for industrial robots designed with the end user as a core focus, resulting in an easy to navigate “Android”-like user interface that embraces users with even basic computer skills. Built atop this Operating System are programming tools that again are end-user focused, allowing novices to quickly program a variety of industrial systems. Our talk will discuss the design decisions and architecture of Forge/OS, applications that have been built on Forge, how the Forge SDK allows developers to easily create end-user applications, and our current work making Forge even more user friendly with AI-powered programming assistance.

Bio:
Dr. Kel Guerin is the Co-founder and Chief Innovation Officer at READY Robotics. He has been working in the robotics and automation space for almost 15 years, focusing on the design and usability of robotic systems, from space exploration to industrial manufacturing. While obtaining his PhD from Johns Hopkins University, Kel worked on the challenge of making industrial robots easy to use. The result was his award-winning Forge Operating System and plug-and-play interface for industrial robots. Kel spun his technology into READY Robotics, an industrial robotics start-up he co-founded in 2016. His work has been featured in the Wall Street Journal, Forbes, and was called "the Swiss Army knife of robots" by Inc. magazine. 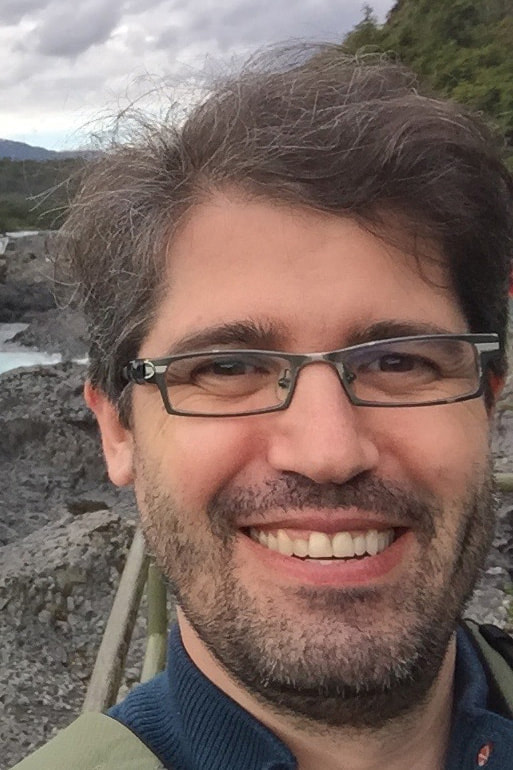 Bio:
Jeff Ichnowski is a postdoc in UC Berkeley’s Sky Computing (formerly RISE lab), AUTOLAB, and BAIR.  His Ph.D. focused on expanding robot capabilities using the massive computing afforded by the cloud.  Before returning to academia, he was the principal architect at one of the world’s largest cloud-based software-as-a-service companies.  His research explores robot algorithms and systems for high-speed motion, task, and manipulation planning, using cloud-based high-performance computing, optimization, and deep learning.  He will be joining the CMU Robotics Institute in Jan 2023.  http://ichnow.ski/ 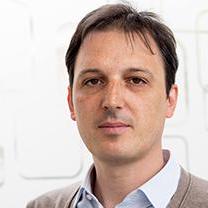 Talk:
Building more reactive robots: from perception to behavior orchestration
To successfully interact with the environment robots must be able to react and adapt in a timely fashion to external stimuli. In this talk I will look at this problem under different prospectives. In the first part of the talk I will present recent work in which we designed perceptual components for object segmentation and pose tracking respectively to reduce training time and to deal with fast moving objects. In the second part of the talk I will present Behavior Trees (BTs) as a formalism for designing and executing robot behaviors that are modular and intrinsically reactive. I will illustrate some extensions to BTs that address specific problems in robotics, and an integrated software architecture that relies on BTs to orchestrate software components and supports software monitoring to enable runtime verification and prevent unexpected robot behaviors.

Bio:
Lorenzo Natale is Tenured Senior Researcher at the Italian Institute of Technology, where he leads the Humanoid Sensing and Perception group. He received his degree in Electronic Engineering (with honours) and Ph.D. in Robotics from the University of Genoa. He was later postdoctoral researcher at the MIT Computer Science and Artificial Intelligence Laboratory. He was invited professor at the University of Genova where he taught the courses of Natural and Artificial Systems and Antropomorphic Robotics for students of the Bioengineering curriculum. Since 2020 he is visiting Professor at the University of Manchester.
Lorenzo Natale has contributed to the development of various humanoid platforms. He was one of the main contributors to the design and development of the iCub platform, its software architecture and the YARP middleware. His research interests range from vision and tactile sensing to software architectures for robotics.
He has been principal investigator and co-principal investigator in several EU funded projects. He was general chair of IEEE ARSO 2018 and served as Program Chair of ICDL-Epirob 2014 and HAI 2017. He is Specialty Chief Editor for the Humanoid Robotics Section of Frontiers in Robotics and AI, associate editor for IEEE-Transactions on Robotics and IEEE Robotics and Automation Letters. He is Ellis Fellow and Core Faculty of the Ellis Genoa Unit. 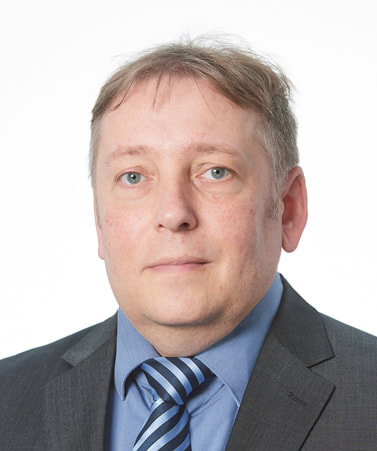 This workshop proposal is linked with the following EU-funded projects: